Amazon is continuously updating it’s voice assistant, Alexa to support more languages. Alexa currently supports speaking 8 languages. You can easily get the full immersion of switching to Spanish on your Alexa.

In this guide, I’ll show you how to change your Amazon Alexa devices to speak and understand Spanish.

Alexa can speak and understand Spanish and supports speaking in both English and Spanish or Spanish only. To change the language, open the Alexa app > navigate to Device Settings > Select your Echo or Alexa Device > Under Language, select “Español”.

In the US, Echo devices are now offered in English, Spanish, and multilingual versions. Alexa has the following Spanish language dialects:

Spanish (US): Alexa only speaks Spanish.

English/Spanish (US): Alexa is bilingual in English and Spanish. Settings and screensavers (such suggestions and headlines) are in English for Echo devices with screens.

Spanish/English (US): Alexa is bilingual in English and Spanish. Settings and screensavers (such suggestions and headlines) are in Spanish for Echo devices with screens.

As of today Alexa officially supports only seven languages: English, French, German, Hindi, Italian, Japanese, Brazilian Portuguese, and Spanish. If you speak Italian, have a look at our guide on how to make Alexa speak Italian.

Here’s How To Make Alexa Speak Spanish (With Pictures)

Firstly, please keep in mind that if you change your device to the Spanish language setting on your device, you may be unable to access certain of Amazon Alexa’s services and content that are currently available only in the United States.

To change your Amazon Alexa device language to Spanish, follow these steps:

Note – You may need to update your Amazon Alexa app or device to get the latest languages and dialects available.

Select Español as the preferred language.

It’s crucial to remember that whether your Amazon Alexa supports Spanish (Español) relies on the generation of your device and your geographical location.

Some features, such as capabilities, music, skills, and content, may not be completely available depending on Alexa’s compatibility for your chosen language.

To enable multi-language mode on your Alexa, which allows you to speak English and Alexa to reply in your preferred language (for example, Spanish), say the following voice command:

“Alexa, speak in English and Spanish.”

Say the following voice command to your Amazon Alexa to stop speaking in a different language:

Alexa can play a variety of radio stations and music:

Say the following voice command to allow Alexa to play a radio station:

As you can see, Alexa does indeed support the Spanish language, and you can use that to your advantage in a variety of fun and useful ways. 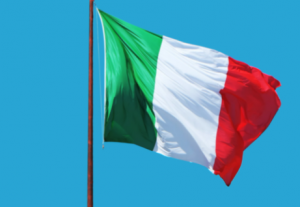 Alexa is a fun, engaging and helpful smart home device but how do you get…